These 4 Books Will Help You Master Fintech

It’s no good calling fintech a game changer anymore, it has changed the game, changed the way finance is done by offering speed, automation and control. It’s put disruption at the heart of the finance & leasing world, the stats bear this out 82% of financial institutions expect to increase their fintech partnerships in the next 3 to 5 years and 77% expect to adopt blockchain as part of their business model by 2020.

Fintech really is the cutting edge so it may seem strange to suggest that the best way to learn about fintech is to hit the books - but it’s true. The only way to comprehensively understand fintech is to read, read and read some more.

If you’re new to fintech, which a lot of people are, you’re going to want a comprehensive guide to start you off. The Fintech Book by Susanne Chishti and Janos Barberis offers such a guide, it provides information and advice no matter where you stand in the finance and leasing industry.

The information found in the book has been crowdsourced, with interviews from leading fintech experts. This crowdsourcing mirrors the reality of fintech which itself relies on a community of trusted peers as opposed to one centralised hub such as a bank.

The folks that wrote this come from authoritative backgrounds, too, Chishti is the CEO of Fintech Circle and Barberis is the founder of Hong-Kong based fintech accelerator SuperCharger.

At its heart, fintech is all about disruption so if you want to use fintech in that way then Breaking Banks by Brett King is probably a decent place to start. It focuses itself on moving away from traditional financial institutions, choosing to focus radical alternatives, written by a guy who has written several books on the rapidly changing face of banking and was awarded American Banker’s Innovator of the Year in 2012.

In the book, King interviews several ‘leaders of the revolution’, who devoted their careers to changing the way financial services operate through non-traditional means. There are also several pages devoted to examining fintech phenomena like peer-to-peer lending.

On the flip side is a book about how the brightest and best traditional financial institutions are adapting and using the fintech revolution to their advantage. Smarter Bank: Why Money Management Is More Important Than Money Movement to Banks and Credit Unions, by Ron Shevlin. Shevlin, a veteran marketing consultant, shows how these ‘smarter’ banks are integrating fintech into their business which, as results show, has improved both their profitability and customer service. 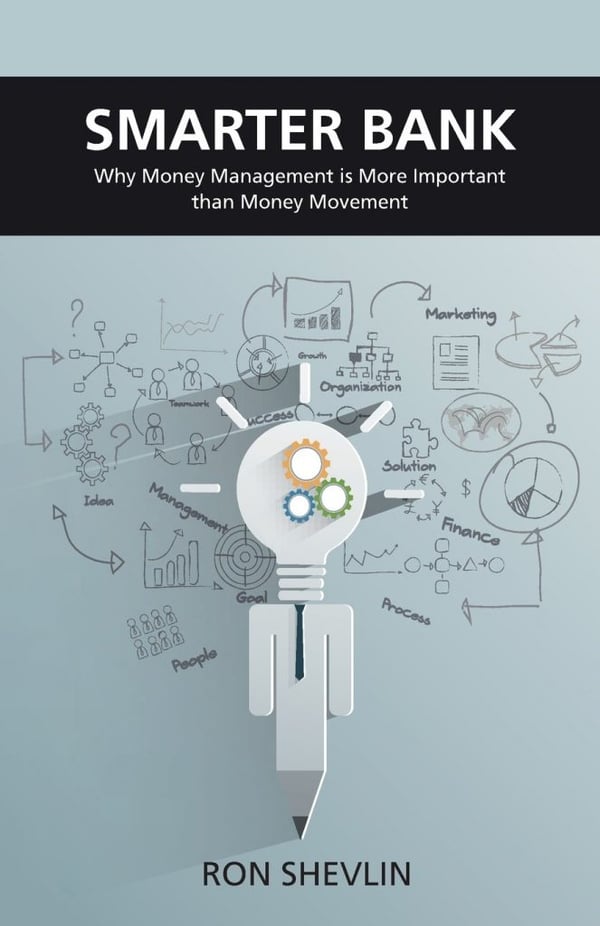 The book's main topics include the advent of big data, how traditional financial institutions have changed the way they engage with their customers and the growing prevalence and demand for e-banking and online payment. This book is definitely one for the banking executives who want to shake up the way they do things and embrace fintech.

What we’ve looked at so far is the ways in which traditional banking is being subverted, however, Paul Vigna and Michael Casey’s The Age of Cryptocurrency: How Bitcoin and Digital Money are Challenging the Global Economic Order goes even deeper to examine the way in which currency itself is changing through the power of Bitcoin - a topic that is of great resonance today, what the book also does is manage to look at Bitcoin for what it is which is that, it acknowledges the weaknesses of the system but also gets across that it has placed itself firmly in the monetary world. They also look at Blockchain as a way of opening up banking and other financial services to the rest of the world.

That should give you enough reading to take up a weekend or three! You’ll come out the other side an expert in fintech and much more aware of the positives it can offer your finance business as opposed to seeing it as a threat to how we do things.

Are there any other books you’ve read around fintech that you think we should be talking about, let us know!

GET APPROVED FOR FINANCE IN SECONDS

There are three things certain in life: death, taxes and people getting confused about equipment...

It might be a bit of a cliche, but when it comes to smooth business management, cashflow really...

Love Finance Limited is Authorised and Regulated by the Financial Conduct Authority for certain types of activities that are regulated under the Consumer Credit Act 1974 and by the Financial Services and Markets Act 2000. Registered in England Co Reg No. 08103018 Registered Office: 1 Calico Business Park, Tamworth, Staffordshire B77 4BF